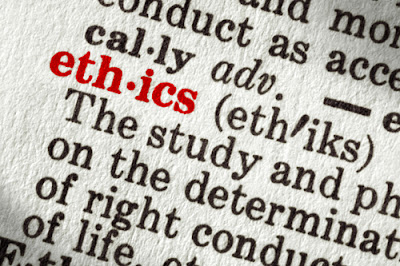 I want to remind readers that I am not an authority on Buddhist matters. I simply write about my own understanding and the conclusions I have reached after many years of practising a variety of Buddhist traditions and hanging out with all manner of Buddhist organisations, schools and other. Right Action brings us into the field of behavioural adjustments, and is often equated with morality, a touchy topic, which I will freely explore with my own ideas.
When first approaching Right Action as the next blog post, I was not at all motivated as I wanted to avoid repeating the themes covered in Right Speech. Well, the social dimension opened up the topic for me and I found myself having something to say. As far as I am concerned meditation practice must be an eventual avenue to engaging socially, which is essentially the point I make below. That said, let’s eat.

A little antipasto
Applying awareness and presence changes the dynamic we have with experience, and our interaction with it: is this not obvious? Moments are not enough however; we need to build capacity as Ken McLeod reminds us.
Avoidance of rigid systems of behavioural and therefore social control is highly appropriate for the day and age we live in. But how do we decide whether our actions are appropriate, or inappropriate, integrous or otherwise? Here’s a clue: look at the bigger picture and apply copious amounts of awareness and engagement.
Avoiding excessive moral lecturing on how we should or should not inhabit our bodies and actions, is not only a right, but a must if we are to exhibit any degree of autonomy and make the path our own. But where should we lead our wagons?

Aperitivo
Right Action is divided into three areas. It concerns the avoidance, or elimination, of killing, theft and sexual misconduct. That sounds easy enough, right? However, both killing and theft have less explicit aspects that make their total avoidance, well, unavoidable. Sexual misconduct is less ambiguous and easier to respect as a moral code one may choose to adopt, although I would be cautious in laying out non-negotiable moral edicts here and strongly believe religion has no place in our bedrooms.
But what is the motivation for moderating our actions if we do not succumb to holy authority, or guilt? Surely, in this day and age, we should be able to do as we please, as long as it doesn’t harm anybody, right? This is valid, but we need to pay attention to the bigger picture, and for most of us, that is simply not happening enough.
As with Right Speech, Right Action emerges out of Right View and Right Intent. Therefore the underlying motivation for taking care with our actions is to reduce suffering. This is in keeping with the Four Truths. This applies at a local level with regards to our immediate circle of influence and extends to the social impact our choices and actions have on the wider world. With their often unseen consequences, the impact of our daily choices are of real importance. In fact the nature of not seeing is one of the key failings that permits us to avoid assuming responsibility, and therefore authority, for our actions. Yet, once you are aware, what comes next?

Soup arrives
I remember when I first encountered Buddhism in the flesh, years back, at a Tibetan Buddhist centre. I recall studying the Guide to the Bodhisattva’s Way of Life by Shantideva and was impressed by the immense depth that was given to describing the precise rules and laws that governed the life and behaviour of a bodhisattva; a Sanskrit term for a person dedicated to leading all beings to the awakened state of freedom. How difficult it must be to achieve such an exalted and super-human condition I thought, and what a memory and what discipline an individual would need in order to put so many rules and so many steps into practice. Although many of the themes that ran through the text were impressive and in part inspirational, I was turned off by the excessive rigidity of it all.
In truth the text was my introduction to the world of super-human Buddhism, which I have written about on several occasions. It was a window onto the world of wishful thinking and non-human aspirations. It was a perspective from religious Buddhism.
I consider myself to be fortunate to have been born into the west, in a modern world, where superstition and religious mores do not dominate our interior mental spaces and collective discourse. In the west applying such a mandate of rigid morality is only really appropriate in its complete form in a monastic setting, and in my experience and observations, produces various psychological responses that tend to manifest in the form of either insecurity and a sense of inferiority, or an obsessive and mindless dedication to a religious identity and code. Each to his or her own however, and if such an approach works for some, great, for the vast majority though, it does not.
The Bodhisattva as an ideal seems to have been an attempt to bridge the often self-absorbed and isolationist practice of an ascetic or renunciate monastic to engagement with the everyday world of regular folk. I am currently reading about the development of Mahayana Buddhism, which is where the ideal of the Bodhisattva first emerges, and so far what I have gathered is that this movement within Buddhism occurred as a response to the separation between the monastics and lay practitioners and as a response to the need to make Buddhism more relevant and accessible to lay practitioners. The Mahayana was also a calling to a higher purpose beyond self-liberation, where individuals who awakened were traditionally given the name of Arahat and defined by their ability to escape the wheel of suffering and incarnation on the earthly plane. That is to say, you’re free, off you go now and don’t come back. In theory at least these guys didn’t have to concern themselves with the unawakened world, which was left behind.
The bodhisattva as a modality implies the willingness to stretch our imagination and subsequent actions (including practice) to include the world at large. There is recognition that within the truth of interdependence, we are all intimately connected to each other, and to the world we inhabit, and therefore it is not enough for us to seek freedom from suffering for ourselves, but it is instead for us to bridge our experience to include all life. This is quite clearly an extremely noble aspiration. But, how does it look realistically and without the hyperbolic religious formulation that we can find in many traditional Mahayana texts, which evolve into ever more extreme and mythological images and ideals?
In a way, Right Action represents a simple modal for extending our personal pursuit of freedom, awakening, and the end of dukkha, to others. I would dare to say that developing bodhisattva aspirations is a natural stage in travelling the path; sooner or later we mature enough to grasp that we must include others in our circle of care. Right Action has been sold as a system for avoiding the accumulation of negative karma, but that seems to point towards a rather selfish, and nowadays, extremely abstract motivation for changing one’s behaviour.
To observe the threefold model of Right Action as disciplines beyond a simple moderation of our behaviour is to develop a deeper understanding of the interdependent relationship between all forms of life. Additionally, it is a call to consider others as having equal importance to ourselves. It is a maturation of empathy to compassion. We evolve the ability to connect to another, to the ability to know that ‘other’ is not separate from ‘me’ and that such boundaries are part of the artificial edifice that surrounds the notion of a separate self. 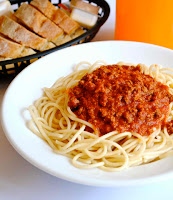 First course
Right Action is not a call to a forced morality then, but a teaching of the fact that murder, theft and sexual misconduct cause suffering to ourselves, others and society. We can talk about karma, but it doesn’t seem necessary because the consequences of such actions are so clear and are condemned openly in all societies.
When Right Action is integrated into our way of being it leads us towards an understanding that rules and laws, morality and do and don’ts are not the stuff of realisation. They are in part about institutionalised and social control. On a practice level a moral code functions as a pointer towards an area of life that requires attention and examination, where we need to initially employ restraint. That is not to say that organisational regulation and the implementation of codes of conduct is a bad thing. Rather I am interested in the individual and not organisations in these blog posts and on an individual level rigid external rules tend to produce conformist or rebellious reaction, which miss the point of why we should choose to moderate or modify our behaviour in the first place.
The motivational force for determining an adjustment in the three arenas of action comes naturally when it emerges from mindful, felt connection to the deepest levels of our own individual human experience; as well as to the richness and immense fragility and interconnection that defines the world around us.
Finally, Right Action is strongly linked to the themes I raised in the post on Right Speech. Thus, our actions should be marked by transparency, honesty and attention. The application of mindful attention, care, and presence to our actions is a core aspect of Right Action. For more on this, see Right Speech, P.2.

Main course
Criminal acts are all covered by law. They are all included as part of unethical action and therefore will not be discussed here, and because we know what is illegal, there’s no reasons to state why murder is wrong, etc. Making this explicit will allow me to explore below other dimensions of these three areas. So, grab your knives and forks, the main course beckons.