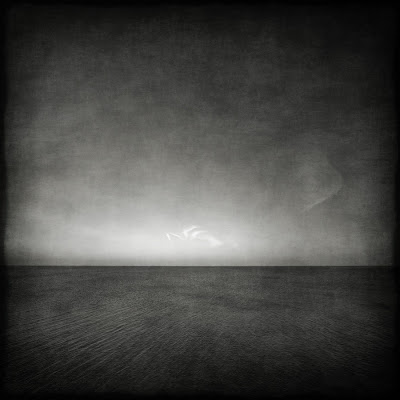 Considering enlightenment: a project in reconfiguration

If you are too well connected, you stop thinking. The clamour, the immediacy, the tendency to absorb other people's thoughts, interrupt the deep abstraction required to find your own way.
George Monbiot
Introduction

This essay follows on from a previous article I wrote for the Elephant Journal, which attempted to give a positive overview of Post-Traditional Buddhism, an emerging form of modern Buddhism that is not embedded in traditional Buddhist structures. Below, I explore enlightenment, its popular terminology, and a simple and straightforward model for mapping it into four stages that hopefully works to demystify one of the core abstract features of contemporary spiritual discourse. I wish to continue to consider post-traditional possibilities in approaching the topic of enlightenment in Buddhism in an attempt at a sort of soft subversion of its central taboo. I will take Buddhist materials as sign posts, rather than definitive truths in this exploration, so this work is indebted to Buddhism, but I hope not overly limited by it. It is really an attempt to push at the constraints of Buddhism and find an increasingly human phenomenon that might leave behind the religious, and perhaps even the fuzzy notion of spiritual all together.
I, like many, feel that Buddhism has failed to evolve and live up to its original promise to show us the way out of ignorance, confusion and suffering, becoming instead too often a means for developing a Buddhist identity, or a much taunted basis for the pursuit of the ever ephemeral goal of happiness. It provides an immense wealth of invaluable material that can aid our understanding of the human condition, techniques and practices that can lead to insight and genuine breakthrough, as well as a moral framework that can guide an individual to be less destructive, but at the same time, Buddhism has stagnated in its traditional expressions, and in the West it has failed to evolve into a truly new and radical form on any meaningful scale Instead it has undergone cosmetic changes and evolved into more user friendly forms that generally result in what we might term Buddhism-Light. Rather than engage in a simple deconstruction of Buddhism, I am driven by a compulsion to push the phenomenological value of Buddhism into the shared, human landscape, unhindered by cumbersome institutional politics, and traditional ideological ties. I believe strongly that such ideas as freedom from suffering and liberation from the claustrophobic, fictitious self are possible. I believe we can experience immense care and empathy for other human animals and contribute to shifting the momentum of history in a better direction. For me, leaving such possibilities to Buddhism, or any other religion for that matter, is no longer intellectually viable, and it is possible that the further I go with my own reconfiguring, the more likely it is that post-traditional, will become post-Buddhism, but for now the link remains and the project of reconfiguring continues to prove fruitful.
For those who are unaware of the notion of Post-Traditional Buddhism, it means what it says: after tradition, outside of tradition, but not abandoning Buddhism. Post-traditional means engaging critically and utilizing other sources of knowledge to explore Buddhism, but more importantly, risking everything that is personally held dear about it to come to a more honest and authentic reading and engagement with it. It is an ongoing process and requires a dedication to examining the explicit and hidden pay offs that occur through allegiance with the Buddhist identity. Radical change as alluded to by the figure of the Buddha is possible and it is likely found beyond the norms and social boundaries of Buddhism and the identities that form within it. It is often forgotten that identity is in great part the problem that is being got at through Buddhism’s technology and that often followers confuse being a Buddhist, with doing Buddhism, and both of those with simply exploring the human condition and seeing a way to engage with it on terms different to those promulgated by whatever passes as normal in the time and place in which they exist.
A post-traditional approach is unbeholden to traditional notions of ownership over Buddhist teachings, but does not jettison Buddhism’s wealth. It does however refuse special claims or categories for Buddhisms, Buddhists or Buddhist insights and willingly expects the materials that emerge from Buddhism to be able to stand alone, without special faith, insider trading of special knowledge, or a privileged status to validate their veracity. Therefore there will be no allowance given to special claims of super powers, non-human attainments and ultimate or omniscient knowing, being, or otherwise: a post-traditional approach is unwilling to allow for privileged positions of apparent knowing to determine the direction of discourse, or silence critique. Because it is post-traditional, this piece is an exploration unhindered by the social mores of any specific Buddhist community, where discussing enlightenment and claims to such are taboo, and where norms regarding Buddhism’s goal are established and often act to limit creative and critical engagement regarding its obtainment, or lack thereof. Leaving aside such baggage, this piece hopefully builds a case for a sort of reconfiguration of enlightenment, in which its thoroughly human potential is made explicit. This piece was written to fill a void. One that I see as being the denial of the more ambitious aims of Buddhism amongst many contemporary practitioners in the West, including those who self-define as Secular and who share many of my own views and concerns.