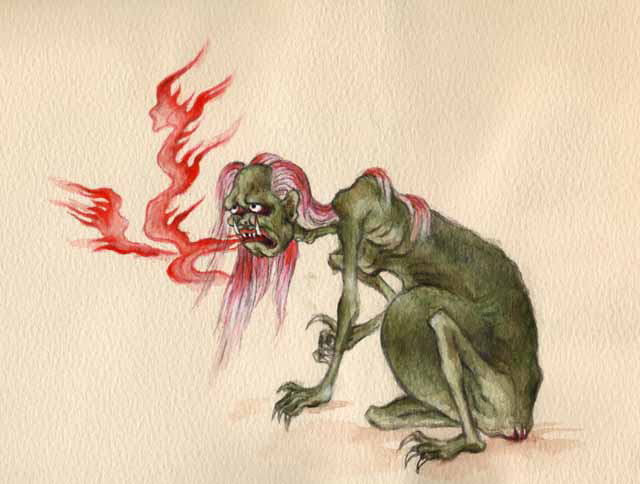 I generally avoid getting political on this blog. Not because I am apolitical, or think it too messy a subject to broach, but because I have used this blog primarily as an exercise in exploring ideas and experiences I think might be interesting for those with a fair few years of involvement with Buddhism in their back pocket. It’s been a rather personal affair I guess.
Although I have been attempting to write a blog post on non-duality this December, I have failed three times and the pleasure in the task has evaporated, which is never a good sign. In wondering what to write next, I was surfing the net on Boxing Day and came across a couple of videos by ex-members of a Western Buddhist organisation of which I was a solid member for a number of years, even once considering ordination (yikes!). The organisation is called the NKT (New Kadampa Tradition) and is to be found on many cult-watch websites.
I was involved with the NKT back in the early 90s and I moved out of their failed South-western Buddhist college project, after realising how similar they were to Scientology and how incompatible I was with their group think approach. There is much that can be said about them and their nefarious activities, but I will leave that up to others: links can be found below if you are curious. The content of the Youtube videos reminded me of the issue of ignorance so many Westerners have regarding the history of Buddhism and the general lack of knowledge regarding Buddhism as a political and cultural phenomenon.
The videos lead to a website with an article making the same comparison with Scientology and in doing so highlights much of what is suspect about the organisation. As an entity, it is a fascinating case study for it seems to demonstrate all of what is wrong with Tibetan Buddhism in the West, but in a hyper-real fashion. One tactic regularly carried out by the organisation is to white-wash criticism and they have worked their Wikipedia entry countless times. For anyone who reads anti-China, or anti-Russia articles on the Independent or Guardian, their behaviour will be familiar. NKT followers troll sites that criticise any aspect of their tradition and shout as loudly as possible whilst posting links to their own highly politicised website, spookily named ‘NKT Truth’: George Orwell must be shivering in his grave.
Another absurdity is their political opposition to Mr Lhamo Dondrub (the old DL if you don’t recognise the name). White NKT Westerners willingly protest Dalai Lama events globally and assume anyone who speaks out against them is one of his devout supporters. Yes, it’s the old ‘us and them’ game so popular with insecure folks highly invested in their belief systems. It never fails to amaze me how ignorant these people are to allow themselves to be so easily led into fighting for an odd political cause concerning an imaginary figure. I guess a lot of folks are looking for meaning in their lives and this inter-tribal battle seems to fire them up. I guess it is a wonderful release for that special Buddhist brand of passive-aggression readers will be all too familiar with.
What strikes me most though in re-reading the same old tripe spouted by these followers is the incredible level ignorance of the wider Buddhist context and in particular the history of Buddhism in Tibet made particularly intense by their glorious leader’s insistence that his followers read no other Buddhists books apart from his own. Like a good dictator, all other materials are excluded from his centres.
Like all cherished beliefs, the outside world threatens the stability of adherence to apparent truths, so followers shout more loudly, invest more fervently in their secluded pockets of make-believe and eventually, with time, find a comfortable and bland unthinking allegiance to the comfort of certainties that only closed, insular circles of fellow-members can provide.
All too aware of how poorly read so many devout Western Buddhists are, I thought it might be worth highlighting a small number of widely available books on Buddhism that put the absurdities of an organisation like the NKT in context. Old Glenn Wallis wrote of Buddhemes in his original account of Buddhism’s self-referential failings, but with the NKT we can speak of a specific dialect called NKT-speak. When it is used by NKT followers, they come across as lobotomised hungry ghosts, perfectly parroting the party line in unthinking devotion.

Here then are a number of books I found ‘enlightening’ in my ‘purification’ from Buddhist ignorance. If you know of more, feel free to add them in the comments section. By the way, any NKTers trolling here will be thoroughly ignored.

Tibet, by Sam Van Schaik
A fascinating and highly readable account of the history of Tibet, it shines a light on developments in Tibet and provides the historical and political background of current affairs. It helpfully pulls apart many of the preconceptions that Westerners have about Tibet and really is a pleasure ot read. Highly recommended.

Prisoners of Shangri-La, by Donald Lopez
A great read and essential for an understanding of Tibet without the romanticism. This book sets out to destroy the myths still lingering in dharma centres left, right and centre.

Civilised Shamans, by Geoffrey Samuel
A thorough review of the history of Buddhism and pre-Buddhist religion in Tibet, it explores the relationship between indigenous, shamanic Tibetan traditions and their influence on the imported Indian Buddhism that came to dominate the high plains of Tibet. It’s not for the timid though and rather encyclopaedic.

Mahayana Buddhism: the doctrinal foundations, by Paul Williams
A sober, accessible overview of key Mahayana doctrinal sources, philosophical views and history that will provide greater context for Buddhists who are enamoured with a single tradition and hagiographic accounts of teachers and teachings.

The Making of Buddhist Modernism, by David L.McMahan
A modern classic which shines a light on Buddhism in the West and its recent history and intermeshing of cultural values. It may make a number of contemporary Buddhists feel rather embarrassed. The NKT is a perfectly Western result of Buddhist Modernism and one of the most adept forms of Western Buddhism at adopting capitalist values with all their moral grey areas.

Shoes outside the Door, by Michael Downing
An interesting account of the power of faith in maintaining ignorance and abuse and the problems with hero worship. The book well highlights the internal mechanisms that lead to unquestioning devotion and the need of Buddhist identities for firm belief systems.

BBC2 documentary on the NKT and DL bust up