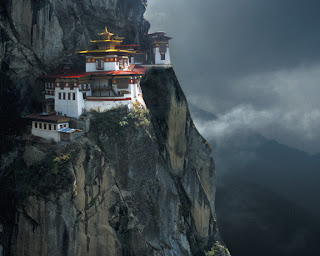 Whilst trying to complete a translation this morning I came across two fascinating articles that reflected not only my own recent musings, but also the direction my latest writings are taking. I have almost completed the third post in my 'Buddhism meet Shamanism' series, which moves our discussion from the west, the place of the body, to the north, the place of the mind, in which I speak about the problem of separating mind from the body. There is a tremendous tendency to split the mind and body in religious circles, but also in meditation groups too. It is deeply unhealthy and based on mistaken myths that need urgent dismantling. The new post will be up this week.

Myth busting has continued to be one of my favourite pursuits in my dialogue with spirituality over the last year and, as is so often the case, this purusit is part of a collective wave swepping through Buddhism at this time. The two articles are both proficient and accurate in their challenging of deeply ingrained myths in Buddhism that once smashed, lead to a richer, more human interaction with the pursuit of awakening and the path of becoming a decent, awake human being. I encourage you to read them, especially if you have been one of the many enamoured by the mystical veneer of Tibetan Buddhism.

The Elephant Journal link leads to a refutation of several spiritual myths sustained by organised religion, in this case Buddhism and Hinduism, through a critique by an 'ex-enlightened' being Shyam Dodge, who follows a video post by a young Tibetan, who is the supposed reincarnation of a great Tibetan teacher, Kalu Rinpoche, who died last century. In the video young Kalu describes how he was sexually abused and threatened physically in a monastery and it is visible how screwed up the poor fella is. I wish him well and hope he manages to use his position to get the help he needs and exert some influence as he matures, in changing the status quo that has allowed him to go through such an ordeal.

Shyam goes on to describe his own difficulties in being part of a Hindu monastic order and the resulting denial of the physical over the abstract pursuit of purity and spiritual ideals. He has more or less expressed my own exact sentiments about the deep and troubling results of separating the spiritual and the physical.

The second link leads to some hardcore-intellectuals, who are both Buddhist & Non-Buddhist. The article posits the question, 'Did the Buddha exist in the way he's been portrayed by the many Buddhisms, or has he been lost to time in a muddle of reimaginings?'

I have recently started writing an article entitled, 'Does Buddhism have a marketing problem?' and in a way the theme is linked. The need to spread tradition is in part an exercise in marketing. Having a central figure with all the optimised human features, transcendent and so on, is a great marketing strategy, so perhaps he was invented?

I've recently come to the conclusion that when you awaken, no one notices, so the thought that a guy awoke, told his mates about it, and then struggled with spreading the word, could indeed have ended up producing the figure of the Buddha as it has become. Have a gander. See what you think.


The sex lives of monks; confessions of Kalu Rinpoche, on Elephant Journal