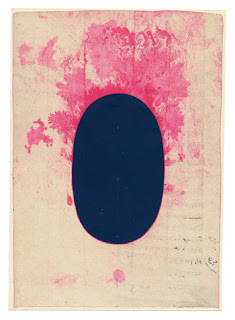 ‘At Gotama’s enlightenment the earth shook like a woman in the throes of bliss; an all embracing cosmic orgasm that transformed human consciousness.’

Sex, sexuality, pleasure, and more. Sexuality is one of the most loaded, corrupted and confused areas of human experience. Sex is co-opted along with violence as the most effective vehicle for stimulating impulsive, mindless attraction and consumption of products and services that we may or may not need. Because of this subversion our ideas about sex and sexuality, and actual sexual experiences, are often invaded and polluted by external voices, messages and ideals, and fantasies abound in popular imagery defining, without our consent, what is attractive and unattractive, and  how we should or shouldn’t express ourselves sexually. What's more, organised religion continues to fight for the right to enter our bedrooms and preach to us about what constitutes sin and sexual misbehaviour in spite of its own history of sexual abuse and misconduct. The proliferation of news stories detailing the misdeeds of rapists, paedophiles and adulterers, and the umpteenth scandal of a teenage pregnancy come at us from our TV screens and from the front page of the local newspaper. The internet provides pretty much anyone with endless sexual images of all kinds imaginable with the vast majority featuring women with fake names, blown up breasts and lips, and invisible men who come on cue. If mine and previous generations had issues, it’s hard to imagine how the younger internet generation will emerge in an age in which recent figures have already made clear how screen obsessed, narcissistic and isolated young teenagers are.

‘Turn away from the enslaving pleasures of the senses. Sex is a raging fire that scorches and burns. Sex is karmically unwholesome’ (Some old Buddhist nonsense)

Sexuality has been incorporated into a wide range of religious forms and spiritual practices. It has been suppressed much more often though by each of the world’s religions and this includes Buddhism. It is not difficult to find material that lays out  clearly the lengths that organised religion has gone to in order to suppress sexual instincts and dictate what counts as acceptable sexual behaviour. Considering how backwards the majority of the world's countries are and how heavily influenced they  continue to be by religion, the issue of sexuality remains highly problematic, highly confused and highly polluted with exceedingly distorted images of what sex is and what it means to be a sexual man or a sexual woman.
Buddhism does not escape from this subversion. Early Buddhist orders were adamant that sex was the most evil of passions and the monastic orders prescribed a multitude of rules governing sexual restrictions including the condemning of masturbation: there were even specific rules put in place reminding nuns that they could not use vegetables to stimulate themselves sexually! More recently, the Dalai Lama has been known to champion archaic interpretations of Buddhist dogma informing us that oral and gay sex are bad sexual misconduct. Such nonsense you might think should have died a long, long time ago and yet one of the world's most respected holy men continues to spout such harmful, deluded rubbish.
Within Buddhism's history however, as John Stevens illustrates so well in Lust for Enlightenment, there is a whole range of ideas and approaches to sexual urges and primary desire ranging from extreme asceticism to unbridled, uninhibited sexual perversion.
There are multiple Buddhisms and a variety of attitudes towards sexuality can be found among them. A commonly held belief about monks and nuns is that they are rigidly celibate and somehow pure because of this. Within a variety of monastic traditions though it is possible for the ordained sangha to marry and raise families. It is typical for Zen priests to marry and this is also true for certain Tibetan monastic orders. As in Christian monastic orders, gay sex between monks was/is more common than you might think and occurred/occurs in Tibetan, Korean and Japanese seminaries and monasteries. Unfortunately, sexual abuse and the use of sexual favours to advance position continues to take place in hidden corners in hidden places. Kalu Rinpoche, a twenty-two year old Tibetan incarnation of a highly revered Tibetan, made a confessional video that he posted on YouTube to support his earlier revelations of sexual abuse, which he had suffered at the hands of monks when he was a child. This should act as a nail in the coffin of romanticised images of Buddhist monasteries as spiritually enlightened havens.

‘The one thing that enslaves a man above all else is a woman. Her form, her voice, her scent, her attractiveness, and her touch all beguile a man’s heart. Stay away from them at all costs.’ (more old Buddhist nonsense)

Another element that was rife in Buddhism, as it is in all of the world’s religions, was the exceptionally derogatory positioning of women as inferior beings, and unfortunately this continues to be an issue today. Stevens points out how ‘an appalling proportion of Buddhist literature in all traditions is devoted to vilifying women as depravity incarnate.’ Right from the start nuns were given additional monastic rules to follow because they were considered to be less disciplined and more open to temptation than men. Nuns were also considered to be responsible for any sexual abuse they might experience and considering the amount of sexual abuse that tends to go on monastic settings, they must have found themselves forced to stomach such vile circumstances very often. Finally, nuns were considered as proffering less merit to those who gave them alms than men so they were often left to live in destitute conditions compared to monks. Shantideva a later Mahayana scholar and one of Buddhism’s archetypal heavyweights explicitly states in his seminal text ‘A Guide to the Bodhisatva’s way of Life' that to be born a woman is to be highly disadvantaged with regards to achieving enlightenment and that women should pray to be reborn as men. Jeez, and you thought Buddhists were the good guys! I'm being flippant, and it is fair to say that these attitude emerged in a very different historical context to the one we now live in, and it is right to point this out. I will remind readers though that women continue to be treated as second-class citizens all over the world and by all of the world’s major religions. In most Buddhist traditions, where monastic orders remain, women are generally treated very evidently as second-class citizens and this is most obvious in Tibetan Buddhism. What can be done? I would suggest that we stop romanticising Tibetan teachers and start questioning them about the treatment of women in general, and nuns, and avoid settling for cosy answers that wash away secular concerns with nonsense about karma and tradition.

‘You must attain liberation without avoiding the passions that rule the world!’ Vimalakirti

‘Without entering the ocean of desire, it is impossible to obtain an illumined mind.’ Manjushri

Tantra emerges as the most famous source for spiritual sexuality practices and teachings. There are many forms of Tantra and the role of Tantra has been highly problematic as well as highly important in the development of Buddhism. Stevens illustrates how the first phase of Buddhism tended towards the renunciate, seeking the ideal of freedom in the repression and denial of desire and sexual urges with practitioners at times even going to the extreme of cutting off their genitalia in order to extinguish ' the flame' of passion. Tantra instead introduced an opposite extreme; that of fully embracing passion and desire as the single and most powerful source of enlightenment. The most extreme expression of sexualised Buddhism was found in the Japanese Shingon sect called the Tachikawa-Ryu, where it was exclaimed that ‘sexual intercourse is the highest, not the lowest, form of human activity.’ Where ‘Buddhahood resides in the yoni (vagina)’ and finally, ‘if you are afraid to embrace a woman, you will never become a Buddha.’ This sect was later outlawed, but some of its texts remain, one of which lists the various types of penises and vaginas that a Tachikawa practitioner might meet in their sexual adventures! Wonderful stuff!
Many ancient tribal cultures and shamanic traditions conversely held the feminine principle as sacred, to be worshipped and to be idealised. It is difficult to speak with authority about shamanic ideals with regards to sex and sexuality due to the lack of historical evidence. In a contemporary neo-shamanic form, we find books such as Amara Charles’  where sexuality is approached within the framework of a collection of teachings called Quodoushka. The book is full of information on sacred sexuality, but perhaps its most interesting elements regard the taking apart of much of the conditioning we have received from history, society, our families and false images from the media and religion regarding sex. In this I am very much in agreement with the author. It also has its own classification of genitalia like the Tachikawa Ryu if you happen to be curious!