Reconsidering enlightenment: a project in reconfiguration (6) 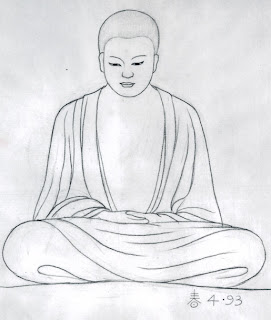 Whereas desire might be understood as a pulling towards of the external in order to solidify one’s self, ill will might be taken as a pushing against the external in order to assert that same self. Ill will is interesting because it points to intentionality and aggression and encapsulates a variety of meanness. In its most gross manifestation it implies intending suffering towards others and therefore it refers to an absence of care in our attitudes, thoughts, choices and actions. Ill will signifies malice, rather than simply reactive anger, rage or frustration. As it implies aggression, it is linked once again to the notion of control. Ill will is another face of desire in some respects whether expressed as the need to do harm, have harm be done, or simply shut down another through aggression. Ill will often accompanies the need to assert ourselves, our position and thus solidify cherished beliefs, ideas and ideological positions: all the manure of the phantom-self. On a deeper level, ill will is linked to an inability to cope with our sense of self being challenged, usurped, undermined, pushed, tested, hurt and thus destabilised.
In considering ill will, it is useful to leave behind the moral weight of Buddhism in order to get a sense of what is being pointed to. The problem with moral commands and ethical strait jackets that limit emotions is that they keep you from understanding what is taking place within those experiences through personal exposure. To refrain may be useful when our desire or ill will is creating genuine problems in our lives and hurting others unnecessarily. But if we simply shut off behaviour, feelings and the movement of expressiveness, we are in danger of repressing, stifling and condemning what is a part of our very human experience. Shutting behaviour down is at times an imperative, but is dysfunctional as an ongoing exploration of the me-making process. As an act of repression it is unlikely to produce any real insight into why such behaviour emerges and what it is fed by.
Ill will is not anger, it is more. Buddhists usually have a bad relationship with anger which is often a rather unsophisticated approach to a primary emotion. There is often a sense that passivity is preferable to angry outbursts. The problem with this is that anger is, if stripped of its defensiveness, basically a form of fuel. Such fuel is required to produce certain forms of change. Fighting against injustice, defending yourself from attack, all require a healthy degree of force. That fierce passion produces action and cuts through complacency too. It can evolve and become harnessed more effectively, not as a destructive force of asserting what I believe or sense to be true, but as a stronger participation in what is taking place in the still moving moment.
Because these two fetters are weakened at this second stage, but not dismantled, the sense is that there is further work to do. Whereas stream entry implies breakthroughs, dismantling and loss, the second stage of the model points to continued opening to the insights from stage one and their practical application and the need to engage actively with the obfuscating nature of warped desire and ill will.
Stage three: non-returner

The third stage of this model points to the elimination of desire and ill will, although frankly the idea that a human can exist without desire in some form appears deluded. If a human animal had an absolute absence of desire, wouldn’t they be reduced to function as a human automaton? Isn’t desire also the wish to be free of physical pain and discomfort and to want the same for others? Desire is clearly a multifaceted term, expressing the want to end pain, care for another, learn, understand, reach out, connect and so forth. If, as has been proposed in the exploration of the first two stages above, awakening to freedom from emotional and psychological suffering is rooted in our ability to be in full participation with the moving present and be devoid of the foundations for emotional and mental suffering, then desire and ill will necessarily concern the degree to which we participate and the degree to which the phantom-I is destabilised, uprooted and eventually shed. Stage three may then be envisioned in its foundational result as the destruction of impulsive grasping onto what is not present, and the impulsive pushing away of what is present: it is in this sense the completion of the second stage.
If there is a complete absence of these two tendencies then we are basically left with a quality of sober and direct engagement with whatever is taking place. At this point, intent arises as a fundamental decision making apparatus and intelligent choices based on a measured response become the standard for engaging with the world. We are perhaps left with a question of how to participate, and how to help if we so choose. If participation is in part to experience fully an unpredictable and uncordoned range of sensations, then we are without restraint, more connected to those around us and their poignant plight: others who, like us, are human animals, all too familiar with suffering, confusion and the rest.
The third stage of this model may then imply the culmination of a sufficient amount of work on unknotting the layers of impulsive reactivity to stimuli that we might define in terms of attraction and aversion. As we release these knots we become increasingly cognisant of how those knots are formed and how they are linked to a need to sustain the phantom-I. These layers are both individual, and increasingly collective. As we are rebirthed out of this knotty self, we release the basis for habitual repulsion and pushing away of sensations that do not fit our previously held list of what was and wasn’t acceptable, we get less and less concerned about attempting, or for that matter, needing to maintain any particular state of being, and allow greater and greater freedom to be a natural expression of ever fuller participation in the moving and shifting moments and events of the days of our lives. As we open into that freedom we come to understand that to participate is genuinely to care and that to respond to the situation of the world is not really a choice. At this point what is holding us back we might wonder. Onto the fourth stage we go.

The final stage and the goal of sorts is this. It is to be awakened from the illusion and sleep of the suffering-self and to live free from it within the confines of this world, this life and this body. It does not seem such a big deal after all and I cannot help but wonder whether the superlative descriptions, increasingly complex cosmologies, elaborate descriptions and subsequent social and political trappings emerge over time in Buddhism as a response to the question of why bother to go through all this. Dismantling the narrative onto which our sense of self is grafted is hard work. It places us into conflict with the roles and identity that are bequeathed to us by the society we are born into. It takes great effort to see through the claustrophobic walls of the phantom-I and courage to attempt to break them down. When we are birthed into a world where the suffering self is a collectively agreed upon modality of existence, albeit an unwitting one, the project of freeing ourselves from the matrix of interwoven webs of deceit, inauthenticity, entrapment,  frustration, inequality, confusion, denial and the rest becomes an immense task of shedding the false, and of deconditioning our thinking, breathing, feeling self from all of the muddy mess that constitutes the atomistic, phantom I.
I think that the reification of the awakened state has damaged what is a perfectly human and perfectly achievable phenomenon. In many ways, it is incredible how we as human animals have needed to elaborate a relatively simple conclusion into an immensely elaborate fiction. It is stunningly unfortunate how the machine of awakening that is Buddhism, has become so incapable of actually freeing people and how it is even implicit in the act of entrapment and in creating and sustaining new means of entrapment. To be free of suffering is possible, to be awakened out of the illusion of separation from this world is possible and hardly such a big deal in the end. What is left is how to proceed afterwards. Can you make your life worth a damn? Can you contribute to reducing suffering and ignorance in the world? In a sense to be awakened is to be liberated into a full participation in the zeitgeist without you as an atomised self being the locus.
The final stage has a series of fetters that are removed. They are in part concerned with desiring specific realities to exist. The first two sound grand:

The knots of the self are fully undone at this stage and we no longer experience emotional or psychological suffering and we participate fully in the still moving present. We no longer wish to fabricate experience as there is no longer a need to satisfy the phantom-I by affirming its existence through the maintenance of any sort of norm. Therefore experiences and their basis within sensations are allowed to exist on their own terms. These are the first two fetters of desire for a particular form of existence gone. Restlessness is gone because it refers to needing to be elsewhere, or to force anything in particular to occur. Ignorance about the nature of suffering, impermanence and the nature of the human suffering self is no longer an issue, but ignorance about so much else continues: how could it be otherwise? Or does any remaining reader believe in omniscience? Conceit concerning itself as it does with exaggerated claims and a high opinion of oneself seems misplaced here as a fetter, but perhaps it simply points further to the very human nature of this accomplishment and the fact that if there is any residue of self-importance emerging in response to perceived gains that delusion continues to be a bedfellow and we are still fostering some special mini-me and therefore have more work to do.