Beliefs
Beliefs are a central issue in Buddhism and sit on the north of the wheel too. They can be understood as constructs, or frames, for understanding and relating to life and the vastness of human experience. Beliefs are also the filters through which we give meaning and sense to our experience. Because of this they do not mirror an absolute or ultimate truth, even if such a thing exists. To believe they do is to go down the path of sectarianism, dogmatic adherence to tradition, and perhaps even religious extremism. Beliefs are to be examined and not held as sacred and this applies to all beliefs, with no exceptions! In fact it is in the examining that we begin to find our what lies behind so many Buddhist beliefs and make progress in our understanding of the context within which we are working.
As Buddhists we need to understand that beliefs must be challenged. This is because they are the supports for our identification with our constructed self, and the idea that we exist separate from the world, unchanging.
Beliefs can turn into experiential knowledge when they are worked with and examined through actual, direct experience. In the context of Buddhism this means ongoing meditation practice. You can respect beliefs, but be flexible in how you hold them, and be open to being wrong, as the power they hold over us individually and collectively is immense and blinding.


Doubt
Working with beliefs also means working with doubt. It is acknowledging that we actually do not know everything, and neither should we ever have to. Too much certainty is often a sign of self defence and the shoring up of our position. It is an attempt at self-affirmation. Entertaining doubt means allowing space to come between ourselves and our treasured ideas and concepts. By allowing this space to develop, we gain a little bit more objectivity to view openly what it is we have invested our energies into, and how we sustain our self-image through constant positioning.
Wheels as a teaching tool have a fundamentally simple truth inherent in their structure that can help break up this habit: they express multiple viewing points on any situation, and the interrelationship of knowledge.They show us that one position is not always superior to another, rather that truth has multiple faces and multiple meanings. They also help us to understand that by integrating different perspectives we become wiser. This does not lead to the post-modern idea that meaning is never objective or real, rather that within context and perspective their is an objective truth, or reality, but it just happens to sit alongside several other objective truths and perspectives that may seem to be in opposition. The truth of our existence is intimately bound up with paradox.
Recognise that beliefs act as fences, which we move within. They also designate a limit to our imagination. By imagination I mean the ability to be open in thinking and feeling, and think outside the box. This does not mean that beliefs are bad or inherently flawed, rather that we must recognise their utility, or redundancy, and be willing to grow out of them when necessary. Beliefs are surprisingly inter-changeable. 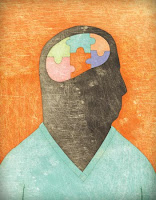 Curiosity
This leads us naturally to curiosity, which means being open to the world being different to how we have been imagining it to be :) It means exploring our world anew each day, even when we think we have already figured things out. It means looking at the world with fresh eyes again, and again, wilfully. It also means spontaneity, and therefore abandoning the security of the position of fixing the identities of the forms in our lives. This implies letting go of our self-importance and our grasping.
Curiosity is an attitude as much as anything and it includes respecting your intellectual and cultural wealth as a westerner, but not letting it spoil the magnificence and beauty of the unknown that is the immense potential within every moment.
The enemy of curiosity is cynicism. Scepticism and cynicism are quite different. To be sceptical really means being curious, whereas cynicism says no and degrades experience. It removes the value of what we assume will be the outcome, denying us the ability to be surprised.
Curiosity is allowing creative questions to emerge and allowing them to act as invitations to expanding our concepts of self, life and others. Instead of fixing experience within known boundaries, we might let the reigns off a little, or even a lot, and risk losing our grip on certainty. It's also about not assigning meaning to events automatically based on the past we have already lived through. 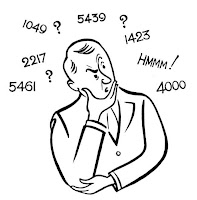 Disciplining internal dialogue
Two aspects came to mind when I started thinking about this topic. One is certainly Buddhist, the other is from psychology. Disciplining internal dialogue firstly means utilising a technique (meditation) to what is traditionally referred to as quietening the mind, although perhaps it is more useful to think of technique as building and stretching space between thoughts. To quieten the mind might be misleading as a term because the objective is not to stifle thought, silence thought, or cut thought off. This more hardcore approach may be appropriate in a monastic, or retreat context, but in day-to-day life, at least in my experience, it is actually unhealthy and can produce negative side-effects and be harmful. Plus, I have to say that thought is wonderful. Don’t you agree?
Creating space between thoughts then really signifies gaining more command over our internal mental world. That command takes the form of choice. The reduction of reactive tendencies is a key component of development on the path and is fundamental if we are to make progress towards greater choice and therefore greater freedom.
Most mental content turns out to be highly repetitive, it runs in cycles, and because of this it is addictive and is fed through mindless impulsiveness. We run similar patterns of thought and opinion in relation to similar internal and external stimulus time after time and they provide a sense of stability in how we frame ourselves, our experiences, and the external world.
Disciplining internal dialogue means interrupting these habits of repetitive thought and breathing space in-between them in order to see more clearly who we are without these self-affirming and wholly reactive habits. This is a major piece of Buddhist practice as a path and warrants a book or three. If you’re unfamiliar with this topic and want to know more, I highly recommend Ken McLeod’s 'Wake up to your Life' for its immensely practical approach written in contemporary English.
Unfortunately, meditation often gets misunderstood as a process of becoming mindless, empty, unable to think and act. Meditative spaciousness should not make us stupid though as the opposite is true. Through consistent meditation the mind gradually becoming sharper and clearer over time. We become more lucid and able to hold our balance when confronted with the ups and downs and dramas of life. We gain a more consistent ability to choose how we respond to experience instead of reacting.


Disciplining internal-dialogue has a second aspect that comes from western psychology. This involves using internal-dialogue to bring benefit to ourselves, to question our assumptions, and speak to our wounding and the alien voices that make up much of our internal content. This could be considered a more male, active approach to engaging with inner-content.
As habituated thought patterns are like an insatiable hunger that call out for attention, one of the ways we can more effectively deal with them is to tackle them head on by using clear dialogue, addressing the quality of this impulsive, repetitive material. Most patterned thought holds within it an unexpressed or misunderstood intent, need, or desire. Calling out our inner-voices to discover what the hidden intent is behind them opens internal doors. By revealing this inner-content we are able to make adult, conscious choices about how to address these underlying issues. As we gain greater clarity and lucidity through meditation, the possibility of our engaging with these patterns and uncovering their hidden messages increases. This in turn leads to greater self-awareness as well as the liberation of energy, or in shamanic terms, personal power.
Asking straight questions to our internal dialogue after we have created more internal emotional and mental space can give rise to great insight and open up our meditation practice. Making such hidden needs and wants more explicit gives us material to work within our day-to-day lives and this frees us up from the dynamic of obsessively running towards or running away from experience that gets co-opted into meditation practice. Without understanding the real issue at play in our impulsive behaviour, it is much more difficult to develop spiritually. What happens is that our spiritual practice becomes an integral component of our self-delusion and the avoidance of our deepest cravings, which ultimately require your respect.
For some this will be a huge challenge and may require support from a professional. For others it is a case of facing up to our lives and the excuses we have been making for the state we live in. Many of the voices in our head turn out not to be our own. They are the continuation of the voices of our parents, our exs, brothers and sisters, teachers and important others. If we are interested in gaining freedom and growing up, these voices must be identified and their stories dismantled.
Morality and ethics
Finally, we come to morality and ethics. There are two important aspects I want to mention: Being kind to ourselves, and taking responsibility for our thinking and speech. Creating space gives us more choice. When we become conscious of the source of our impulsiveness and the tendency towards self-defence and self-affirmation, we begin to see more clearly how we so often set ourselves up in opposition to perceived enemies, both internal and external. Such irrationality leads us to be cruel to others or to distance ourselves from experience and both are actually painful. To be separate from the world is a form of suffering that most of us have simply got used to. We have learnt to accept a state of being numb. We hurt ourselves too through violent internal speech, or by denying our own natural capacity to understand and think for ourselves, and we fail to honour our own innate curiosity. We need to learn to be kinder to ourselves. This doesn’t have to be interpreted as all loving, sugary, happy spirituality; rather being nasty to ourselves is unintelligent. Hidden within our curiosity is our creativity, our natural desire to learn and grow and engage directly and nakedly with experience. Creativity, and imagination in particular, are what we find in the next direction of the wheel.