Reconsidering enlightenment: a project in reconfiguration (5) 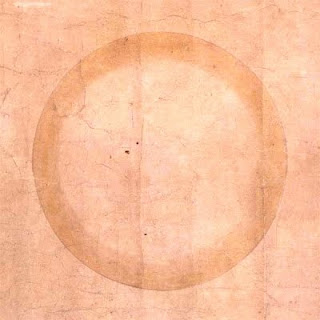 Fetters
It sounds like cheese, but it isn’t. So, what is a fetter? They are typically defined as intrapsychic phenomena. Intra- indicates internal, psychic refers to psychological processes. Fetters then refer to structures that are embedded within the mental and emotional faculties of an individual. Another way to consider them is as binding elements that bind us to the cyclical nature of habitual states of being and experiencing. Phenomenologically, it might be better to define them as psycho-emotional patterns embedded, or centred, around a phantom-I supported by fictional narratives. In either case, they are expressed through habitual behaviour, thought patterns, feelings, beliefs and assumptions both visible and buried, hidden under layers of conditioned senses. There is of course a clear relationship between our inner me-making and the social norms that affirm the I as existing and that support its maintenance.
Our whole social reality is based on creating subjects, consistent persons that interact through reliable identities that are shaped from birth to adulthood. One of the limits of Buddhism is that it fails to appreciate the collective dimension of me-making and therefore is likely unable to provide sufficient means for breaking through our embeddedness in the collective me-making of our society, culture, generation, historical phase, etc. Because it inadequately performs in the collective me-making field, it can only watch passively, or offer a Buddhist identity as an alternative means for navigating such terrain. Both are insufficient. This probably helps to explain why those genuinely invested in self-knowledge often end up in therapy, or simply leave Buddhism behind.
The self can be understood as a story that we tell ourselves: we refine, change trivial elements but basically maintain what is familiar. Since we do not really have a single accurate definition of what mind is and considering that Buddhist definitions are both contradictory and at times clearly wrong, it is hard, at least for me, to define these fetters as truths that exist within the structure of the brain, or within consciousness. At this point recourse to a phenomenological exploration of these fetters and how they might be experienced by an average individual is the most logical option if we want to take this model into consideration, because ontological arguments will likely lead us in the wrong direction as far as the purpose of this essay is concerned. A map is a map after all, it is not the geographical features it attempts to record. I shall take Bas Van Fraassen’s conclusions regarding Constructive Empiricism and take the Four Path stages as the most workable option I have for now for attempting to get at the thing, rather than an accurate representation of the truth of the stages of the path. Taking a phenomenological approach, the question that arises is how do these phenomena get experienced by a person and how do we define those experiences in human terms?
First Stage: stream entry
Taking nirvana as implying freedom from, the four stages can be defined in terms of what we progressively get free of. The three fetters are given as the following at the first stage;

1.      Identity view/self-identity (seeing through the self-making compulsion)
2.      Sceptical doubt (specifically regarding; the truth of non-self, impermanence and its implications, the root causes of the suffering-self)
3.      Clinging to rites and rituals (gaining sobriety on the nature of external form & its relationship to actual, direct experience/addressing dissonance) + (losing enamoredness for solely symbolic forms, or the stabilisers of identity)

The first fetter is concerned with how we actively view the self, or the I. We might simply state that the first fetter involves the illusion of a fixed and permanent self-existing I that is apart from the world, connected yes, but separate somehow. Gaining freedom from this fetter then would imply that we free ourselves of this illusion and begin to see how the self as we thought it to exist is empty of any solid, fixed features: it is basically hollow. As an intrapsychic phenomenon, that is as a psycho-emotional structure,  gaining freedom from this fetter would imply more than mere visual perception. We recognise ourselves as embodied through our senses and through our thoughts. Phenomenologically speaking it needs to be experienced in the body and through tangible sensations and not only understood intellectually, so that awakening from the illusion of a solid, separate self and perception into its mechanisms of support comes about through a unification of the sense fields, otherwise known as synaesthesia. It is as if we need to be convinced in as complete a sense as possible so that mere perception is insufficient. This fetter is really the most important of all. Not only does it represent the key Buddhist insight, but it opens the possibility of us viewing others, experience and phenomena as also being devoid of a permanent fixed self or nature. It is funny really, because this in itself is not such a big deal. We know objectively through the sciences, but also through western philosophy dating back to Hume that nothing is fixed and eternal. To know it firsthand and to experience it override the delusion of an atomistic I pushes against so much of what constitutes our sense of self that it is easier said than done though. That does not mean it is not possible however, or something that needs to be relegated to future lifetimes or decades from now.

The second fetter regards sceptical doubt. Typically this is worded as sceptical doubt regarding Buddhist teachings. Now, shorn of Buddhism as a social construct, how does such a thing exist and dissolve for a person who is not a Buddhist. That is to say if a non-Buddhist gains freedom from this fetter, how does he or she experience it and know it to be so? If sceptical doubt traditionally refers to the Buddha’s teachings, which teachings should we assume are confirmed by this process? Do we include moral injunctions to avoid oral sex for example? A crude example I admit, but the point should be clear, doubt in this case has to be towards phenomena that are not restricted to Buddhism. Sceptical doubt then ought only to refer to phenomena that are directly visible and knowable in the world we inhabit. Direct insight into impermanence, the absence of separate selves, the nature of the suffering-self/selves and the need for some form of ethical behaviour if we are to avoid creating unnecessary suffering are the best candidates and none are the property, real of otherwise, of Buddhism.
The third fetter is the most unusual, that is to say it clearly relates to forms of behaviour and belief and in its wording appears to imply religious or spiritual activity. I have always found this an odd occurrence to take place at the initial stage of awakening. Buddhism is abound with both rites and rituals so my initial thought was why would this be the case. In attempting to tease this model from the hands of Buddhism, I began to think about it differently. If the self is a narrative that is sustained by habits, both in feelings, actions, thoughts and ideas, then what we have immediately is a sense of how to proceed. We are by nature ritual creatures, and rites might be redefined, not as exclusively religious or spiritual behaviour, but as the acts that we carry out to affirm the feelings, conclusions, sensations, thoughts and beliefs that make up the scaffolding that surrounds the phantom-self. We engage in rituals collectively too that have the same function of maintaining agreed upon ideas regarding identity and the range of experiences we can have, emotions we can feel, thoughts we can explore. We might not define them in such terms but any sociologist will tell you that society and relationships are ritualistic by nature. Seeing through such forms may actually then lend itself to a radical liberation from the ideological prisons that make up our self-structure, absorbed and adopted from the society, familial circumstances and education that we were moulded by. I don’t know about you, but that starts to sound a lot more interesting, and a lot more radical and potentially game changing than talk of how many lifetimes are left before the samsaric prison break.
Stream entry as metaphor may then be understood in a new light. The stream may actually be thought of as the continuous and uninterrupted flow of being. What takes place within that is a continuous meeting between the infinite (emptiness, meaninglessness if you prefer) and our limited concept juggling conventional-self. Phenomenologically we may experience a flow of ever widening perception into the illusion of the self and the selves and be met with, for want of a better term, the remarkableness of being. What emerges is increasing room to respond creatively to ongoing circumstances and an openness and curiosity to boot. This becomes possible once we discard the suffocating nature of self-obsession and the compulsion of atomistic self-referential behaviour. Along with this there is an immense reduction in the types of suffering categorised under the term dukkha and this brings us into line with the main promise of Buddhism.